[May Point Network] Affected by the recent rainy weather, the drought degree in the southwestern part of Guizhou and northwestern Guangxi has been reduced. At the same time, rainfall is also conducive to reducing the fire weather level of forest fires. Expected today (16th)...

[May Point Network] Affected by the recent rainy weather, the drought degree in the southwestern part of Guizhou and northwestern Guangxi has been reduced. At the same time, rainfall is also conducive to reducing the fire weather level of forest fires. It is expected that today (16th), there will still be weak precipitation in some areas of the southwestern arid region, and all areas will carry out artificial precipitation enhancement in time according to the weather conditions.

Recently, the southwestern dryland has been raining. According to statistics, from 08:00 to 15:00 on April 14th, light rain fell in Guangxi, Guizhou, southern Sichuan and northwestern Yunnan, and heavy rain fell to the northeastern part of Guangxi, northwestern Yunnan and southwestern Guizhou. This is the first major rainfall in southern Sichuan and parts of Yunnan since April 3. In addition, rainfall has occurred in the southwestern part of Guizhou, especially in Xingyi, where drought is severe, with 14 mm of rainfall. This is the biggest rainfall since Xingyi last September 21 and the first rain. 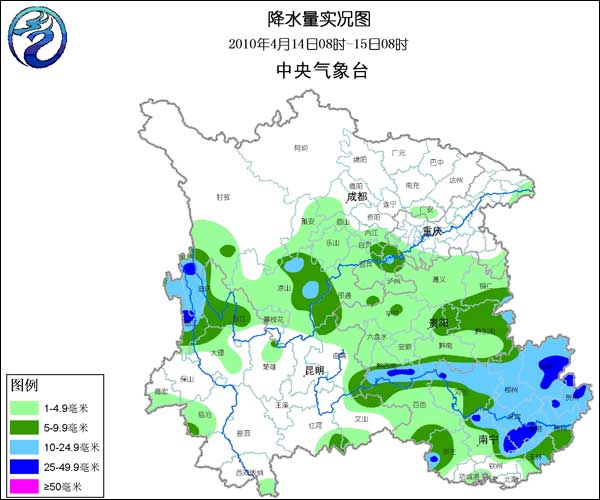 Live map of precipitation in the southwestern dryland

Yesterday during the day, rainfall in most parts of Guangxi continued, with a general rainfall of 3 to 10 mm, and a heavy rain in the eastern and southern regions of 12 to 20 mm.

Drought in some areas to alleviate drought in major dry areas

According to the forecast of the Central Meteorological Observatory, there will still be rainfall in southeastern Yunnan, eastern Guizhou, and northwestern Guangxi. The rains in southeastern Guizhou and parts of northwestern Guangxi are relatively large. Around April 21, there will be a precipitation weather process in the southwestern dryland. Local meteorological departments will carry out artificial precipitation enhancement operations in a timely manner according to weather conditions.

Yunnan: On the 16th, there were 2 to 8 mm of rainfall in the southeastern part of Yunnan.

Sichuan: There is basically no rain in the southern part of the western Sichuan Plateau.

In the next ten days, there will be no significant rainfall in major meteorological arid areas such as Yunnan, southern Sichuan, southwestern Guizhou, and northwestern Guangxi, and the drought will continue. It is recommended that all areas continue to do a good job in drought relief, water resource allocation and agricultural production. ( China Weather Network )

Panama data comes from the customs declaration reports, it includes the importer name, HS code, description, price, quantity, etc.
It supports to be checked in the GTO database, without any limitation on HS code or company searching.

If you're thinking about entering a new market, but are not sure which, our data can prioritize target markets.
If you're looking for importers, distributors, potential end customers, or partners, our data can screen out them.
If you're monitoring your competitors, our data could continuously show you those companies' trading movements. 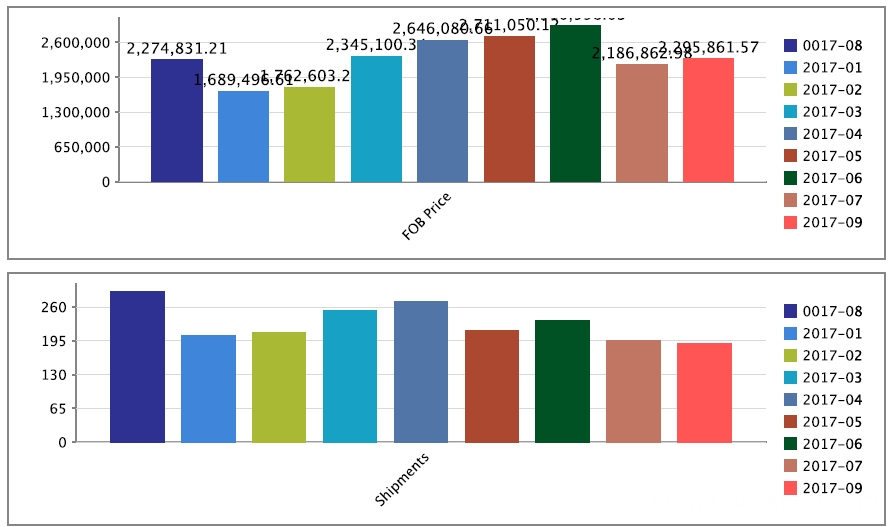