What can we learn from Charles de Gaulle Airport?

Paris Charles de Gaulle (hereinafter referred to as CDG) is France's main airport and the city's main aviation gateway. After it was put into operation in 1919, it is now the world-famous Paris Air Show. What is the power that drives CDG to grow at the global airport?

At that time, with the continued development of the French aviation industry, the second airport in Paris, Orly Airport, was put into operation in 1932 and served as the main airport until 1974. Since 1975, the original role has been transferred to the new completion. CDG. Unlike Orly Airport, CDG is located some distance from Paris, so it has enough room to develop, making it the second busiest airport on the European continent, managed by the Paris airport company AÃ©roports de Paris (AdP).

Paris Airports attaches great importance to the relationship between airports and airlines. Based on this idea, the relationship between Paris Airport and Air France has surpassed the details of daily operations, but towards the development of long-term strategic relationships. For example, in March 2008, the two parties signed an agreement on the future use of the S4 satellite hall at Charles de Gaulle Airport, which is the first project for the airport to involve airlines during the design phase. This allows the airport to more accurately assess the customer's needs and determine the investment and delivery date required. The satellite hall has a design throughput of 7 million passengers and is expected to be operational in 2012.

There is no doubt that Air France is the airport's main base airline, with approximately 56% of the total number of seats per week. Interestingly, its sister airline KLM offers 12 flights daily between CDG and Amsterdam. Unlike other alliance partners, Air France/KLM operates a different route network at each airport. Similarly, Delta Air Lines, as the most important transatlantic carrier in the SkyTeam, has a relatively small share of the CDG and offers only about 2% of Air France's seats. At London Heathrow Airport, American Airlines has more seats than 6% of Oneworld's partner British Airways. 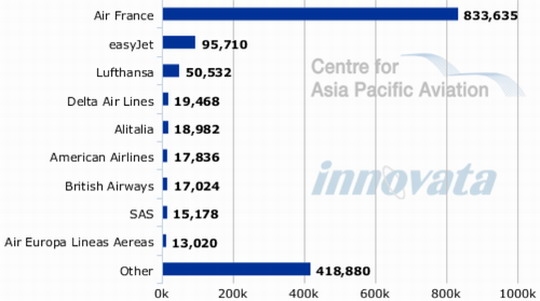 Although the base airline's capacity market share is still relatively low compared to the Atlanta airport. In Atlanta, Delta and its partners provide nearly 80% of the seats. Despite this, SkyTeamâ€™s overall capacity ratio (62.4%) at CDG is higher than that of oneworld at London Heathrow (48%). 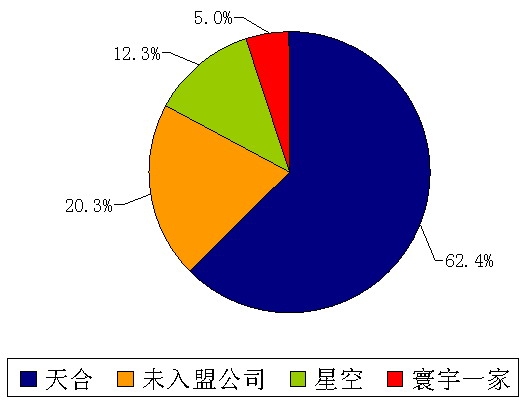 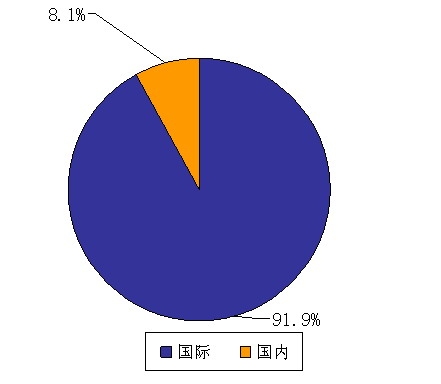 The domestic and low-cost traffic in Paris is mainly concentrated in Orly Airport. At this airport, almost 22% of the seats are provided by low-cost airlines, and 42% of the seats are for domestic flights, thus allowing CDG Created into the most important international gateway to France. In 2007, there were 13 low-cost airlines operating at Orly Airport. Since 2005, easyJet has become the second largest airline in Paris, with an annual passenger throughput of around 3.5 million passengers. How to develop low-cost airlines is still not clear. However, AirAsia X flies from Orly Airport to Kuala Lumpur, which may also imply that the city seems to be able to provide high-value services to a new generation of operators.

However, the airport does not believe that it is necessary to build a dedicated low-cost terminal. From the chart below we can clearly see that the full-service airline has a capacity share of 88.7%, and the low-cost airlines provide only 8.6% of the capacity. This is in fact consistent with CDG's strategy, mainly providing international remote services. 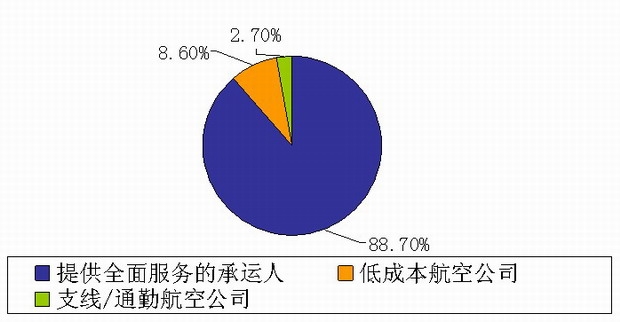 Aura of the airport alliance

On October 21, 2008, the Dutch Schiphol Airport Group and the Paris Airport Group of France signed a long-term cooperation agreement, and more importantly, the two parties held 8% of shares. The establishment of alliances between airports, like the aviation alliance, is also a bold and innovative approach in the airport industry. The two parties have signed a cooperation agreement for 12 years and will regularly assess the scope and content of the cooperation.

In the past 10 years, with the opening of air rights in the EU, airport competition has become increasingly fierce. The liberalization of the aviation industry and the increasing trend of airport competition are becoming more and more obvious in other continents. Moreover, the â€œyou fight for meâ€ between the large and medium-sized airports in Europe has occurred in this context: not far from Europe â€“ the Middle East is forming a super hub such as Dubai. Previously, the British Airport Group (BAA), Fraport Group, Paris Airport Group and Schiphol Airport Group were among the top four. However, in recent years, the international expansion of European airports has accelerated. Among the four major airport groups, Fraport's international expansion is particularly conspicuous. It has frequently taken international shots and has taken control of many foreign airports. Therefore, the Paris Airport Group is not far behind. When the two airports announced the establishment of the alliance, France/KLM issued the following statement: "We welcome the cooperation between the two airports. In today's challenging economic era, it is essential to operate as efficiently as possible. European Airlines The future of the company's industry lies in cross-border cooperation, not only in the sky, but also on the ground. France/KLM has already operated on the basis of an integrated network concept and has established a dual hub strategy. If the airport can also be coordinated Their processes, our passengers and cargo owners can benefit from maximization. For example, streamlined operational procedures, one-stop security inspection processes, mutual exchange of airport knowledge and skills, etc. "Enjoy" attitude is beyond words.

After the start of the dual hub alliance strategy of the Paris Airport Group and the Schiphol Airport Group, the two airport groups will have 143 routes combined, surpassing European competitors. The alliance will further complement the international landscape of the two airport groups and, more importantly, share resources, best practices, etc. through alliances. Similarly, if you buy a foreign airport equity, the strength of both parties is more reliable than relying on their own strength.

As the airport is able to provide sufficient land and provide a global network of routes, Paris Charles de Gaulle Airport is in a good position to continue to grow in the global route network structure.

The Airport Authority of Paris has invested 2.7 billion euros in infrastructure construction between 2006 and 2010 to meet the growth in traffic. In the 2.7 billion euro investment, including the investment of 645 million S3 satellite hall, which was officially put into operation in June 2007, it aims to further strengthen the status of the French/KLM hub and strengthen the overall competitiveness of Charles de Gaulle airport. Other projects include the boarding bridge deck of the 2E terminal and the construction of the 2G feeder air terminal â€“ these two projects will further highlight the hub advantage of Charles de Gaulle Airport. At the same time, the construction of the S4 satellite hall in the 2E terminal has begun. The satellite hall has a design throughput of 7 million passengers and is mainly used by members of the Star Alliance. It is expected to be put into operation in 2012.

The airport has just announced a major renovation of the Charles de Gaulle Airport 2A and 2C terminals. Since the second quarter of 2012, the two terminals will be interconnected through a new 16,500-square-meter building that will help passengers save time and provide more comfort for passengers. Pierre Graff, Chairman and CEO of Paris Airports, said: "From 2006 to 2010, our initial investment plan focused on improving the capacity level of the airport. During the next five years, Paris Airport will take large-scale actions. Renovate old facilities to ensure a uniform and high quality service for all terminals. Building a building connecting 2A and 2C terminals is the first step in this project. Our aim is to make our airport more competitive. To improve passenger satisfaction."

In terms of strategic choices, the airport has decided to go all out to develop an international route network, and expand its own development space in continental Europe and the world through the creation of a strategic airport alliance. Through its own good infrastructure, especially from the strategic level, it has spared no effort to build A facility suitable for its own development, which makes Paris Charles de Gaulle Airport stand out from the crowd and build its own competitiveness in front of its competitors.