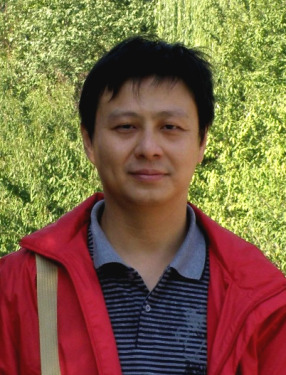 The main purpose of regulating advertising is to purify the screen, and to promote the role of radio and television media as a public opinion guide for party and government propaganda. However, in the context of the market economy, whether it is the development of radio and television or mass media and cultural industries, we must act according to the laws of the market. For some of the current display of advertisements, the norms are sure, but I have doubts about the scientific nature of some measures.

For example, the â€œNoticeâ€ stipulates that there is a problem with the prohibition of interim commercials for broadcast programs. The policy stipulates that the local stations broadcast the CCTV program without compensation. Then the CCTV is actually enjoying exclusive revenue, and then passes the cost to a certain extent. Then the local TV station will of course want to add advertisements and subtitles similar to those used in broadcasts to increase advertisements. It is correct to require full retransmission, but what is more needed is to clearly define the rights and interests between retransmission stations and retransmission stations (such as central and local governments). The distinction is whether it is paid, unpaid or otherwise.

Audiences are bothered with advertisements and are related to the degree of â€œinterference of advertisementsâ€, that is, the extent to which advertisements interrupt the normal broadcast of viewers to normal audience ratings. This is not entirely related to the length of time, but it relates to the problem of an entry point. Therefore, I think that it is also not appropriate to limit the total number of commercials inserted.

In general, the standard for advertisements that pass through the country is about 3 minutes of advertisements every 12 minutes within one hour, and advertisements are inserted at their natural intervals. The total number of advertisements is about 20% of the total duration of the program. This "Notice" stipulates that an episode of a TV series (45 minutes) can only be inserted into two advertisements at a time, not exceeding 1:30 each time, and the total number of advertisement spots is less than 7%. The TV drama is a type of program with the most stable viewer viewing and the strongest continuity. Therefore, it is also the most important type of program for advertising. If the time for normal commercial advertising is so short, then the normal revenue of the TV station cannot be guaranteed at all. So what we have seen now is the chaos in front of the trailer.

TV shows and entertainment programs, news programs are different, the latter two can basically do in the natural intermittent paragraphs of the program interstitial ads, and the TV commercials are often unnatural. This is not simply a problem for television stations. Many TV drama producers do not consider the need for commercials at the production stage. Therefore, TV stations cannot find the natural intermittent points of the TV dramas during the broadcast session. They have to break their savage and insert commercials. Even if some screenwriters set up normal intermittent points in each episode, some directors extended the 20-episode screenplay to 24 episodes for vested interests. The producers and TV stations also made changes and extensions. The TV series was originally written. The structure is disrupted, and the natural gaps in the advertising spots we want are naturally not found.

We really need to establish a TV drama ad insertion standard, which will form a unified standard from the production stage of TV dramas, the modification of TV stations, and the broadcast.

Many television stations like the Starry Sky have a very mature ad insertion specification. If everyone slowly develops a unified norm, then the audience can accept it. And the audience must also recognize that because we watch TV almost free of charge, where does the TV station's revenue come from? Most of them are borne by advertisers. (Luo Yi, Doctor of Media Economics, currently teaches at School of Economics and Management, Communication University of China)